Hello everyone! I am writing this post from my lovely new flat. (Well really not new, it was built in the 1850s.)  I’m nearly moved in with just a few more things yet to arrive.  Dad, I promise I’ll post some photos when I get it done! No need to fret over messenger. ❤

Just a quick catch up:  Mom and I flew from Kansas on Saturday afternoon.  We had a short layover in Newark and then a direct flight into Edinburgh.  We arrived Sunday morning.  By Monday afternoon we were yet again at the Edinburgh airport to hop a flight to Dublin, Ireland.  We landed in Dublin and then took a car to Waterford.  Mom had an appointment to teach a few classes at the Irish branch of her company in Waterford.  I tagged along to see the Viking stuff.

Quick history on Waterford.  Founded by the Vikings in 914 AD, Waterford is considered Ireland’s oldest city.  From then until the 12c it was ruled by various Viking kings.  The most famous of which was Ragnall ua Ímair (ruled in the 10c).  He famously built a still standing stone round tower known as Reginald’s Tower (more on that later).

In the 12c, the city was besieged by the new ruling class of England, the Anglo-Normans.  (After the battle of Hastings in 1066, William the Conqueror created a great court with a mix of Anglo-Saxon and Norman leaders.  By the 12c, the Anglo-Normans were the mix of the pre-existing Anglo-Saxons and the Normans.  The Anglo-Normans are by most part the ancestors to today’s English population.) The siege was led by Richard de Clare, 2nd Earl of Pembroke or how he was known in da clubs – Strongbow. (This nickname was in reference to the fact that his armies, like most armies of England and Wales at the time, consisted of longbowmen.)  Anyway, Strongbow with help from other Irish kings looking to get rid of the Norse outsiders took the city.  By 1171, King Henry II visited Waterford (becoming the first English monarch to do such) and gave it royal charter.  The city even got it’s very own cathedral built.   However, Waterford continued to have many cultural ties to their Viking history.  Especially in locally produced artwork which followed in the Hiberno-Norse style (a mix of Irish and Norse motifs).

Waterford continued to be an important port for England.  During the 14c Edward III built upper floors and established a mint in Reginald’s Tower.  Many English coins were produced there.  It also served as a sort of English embassy to Ireland in the later 14c and 15c.  It was so important that during the 15c, Waterford actually fought off two attacks from pretenders to the English throne who thought taking Waterford would win then the support the English in Ireland.  The more interesting being the one of Perkin Warbeck who claimed to be Richard, the younger son of Edward IV and Elizabeth Woodville who infamously disappeared in the Tower of London.  Many people believed he murdered by his uncle Richard III in order for him to take the throne. (Personally, I believe ‘lil Richard probably didn’t die in the tower and lived the rest of his days in comfortable exile.)

From the 16c onward the city continued to do some cool stuff like make crystal vases but it’s out of the middle ages and doesn’t include longbowmen or direct descendants of Henry V so I’m a little meh on that time period.

Okay. Now here’s what I saw and did.  We flew in late Monday night and by the time we got to Waterford were very hungry.  We grabbed a pint and a meal at The Reg, the pub directly beside Reginald’s Tower.  It was awesome.  We stayed at an older hotel right on the boardwalk in the city center called the Granville.  The next morning, Mom went off to teach her class and I stayed behind in the city to look at the various sites and museums.  I ate breakfast around 9:30 and then was off.

Waterford has three major museums in what is known as the Viking triangle (the original Viking settlement was surprise! in the shape of a triangle and located surprise! were the museums are now.

The first museum is Reginald’s Tower.  The first level was built in the 10c as part of the settlement’s defences.  The two upper floors were added in the 14c and 15c to accommodate more defences/prison in times of war and a mint in times of peace.  The tower was super awesome.  It was amazing to be able to see all the stonework and some of the artifacts found around and inside the tower were on display inside.  This included bodkin arrow tips (probs from Strongbow’s army) and Viking brooches.  You can see the later additions to the tower on the outside in the different colors of stone but also because the windows get bigger.  The later additions were added during times the tower was not used for defense purposes and as a general rule ‘you can put how ever many/big windows you want if you don’t have to worry about invaders coming in through them.’ Also can I add that I’m still not used to seeing hella old stuff in the middle of a modern city.  It’s super jarring, like I looked out of the windows of a 10c tower and saw cars. 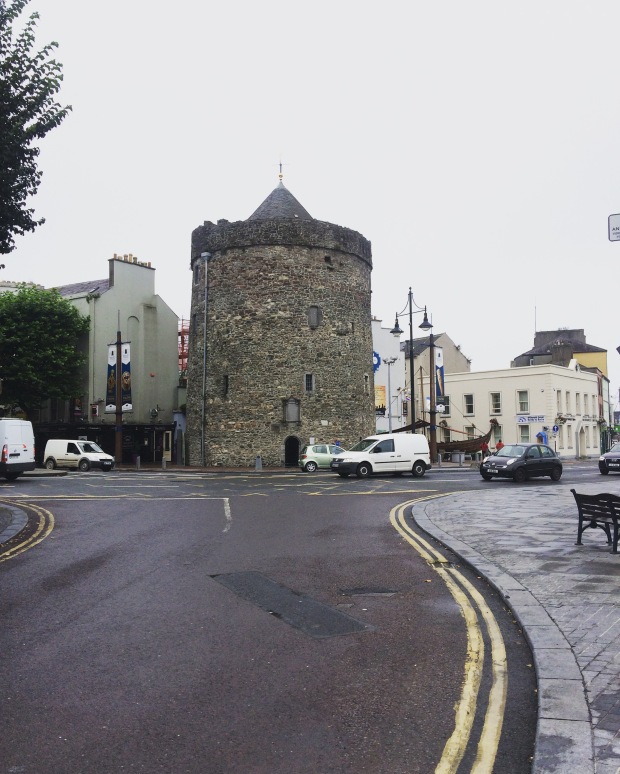 The second museum was the Medieval Museum.  It starts by walking down the steps of a 12c turret into in the basement which was actually a 12c storage room and wine cellar.  (And yes, I was already crying by this point.  It didn’t help that the museum had put a copy of one of my favourite paintings in the turret.)  The next level featured artifacts from Waterford’s Viking and English past.  AND!  It had the only intact longbow ever found in either Britain or Ireland.  I almost screamed in the museum.  You could actually see the worn notch and eventual crack on the side of the bow where the arrow would have been notched (the crack was honestly the reason the bow survives today because it would have been discarded before being worn out and broken in battle).  The museum also had a lot of trade charters from various kings of England including a few from my precious son, Edward IV <3.  This museum also housed ‘The Great Charter Roll of Waterford’ which is a document created with the sole purpose of keeping Waterford’s monopoly on the medieval wine trade. But, this document is supes important because it features not one but two portraits of Edward III created during his reign!  It’s rather rare to find a portrait created during a reign.  I cried a lot here.

The third museum was located in the old Bishop’s Palace. It featured stuff from 16c to present day.  I really enjoyed looking at the collection of Waterford Crystal here – the city is rather famous for that.  Also they had a small exhibit about Thomas Francis Meagher who was born in Waterford but later emigrated to the United States and was a Brigadier General in the army during the American Civil War.

From there it was mid-afternoon and I was starving. I walked around the city to find a place to eat and found a small cafe in People’s Park (the large park in the center of the city). I had a bowl of soup because it was getting chilly and rainy. After that I made my way back to the hotel to meet up with my mom and get a car back to Dublin for the flight back to Edinburgh. 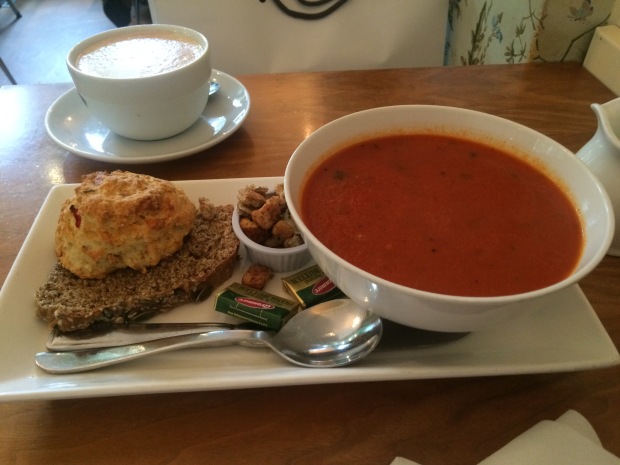 So, that was my day in Ireland!  I’m back in Edinburgh now and like I said continuing to move things around in my new room and get organised for this year.  I’ll post some photos of my room when I get it finished.  I’m very excited for all my classes this year – lots more history and afternoons spent in the University’s bone lab!

view of the boardwalk in waterford. 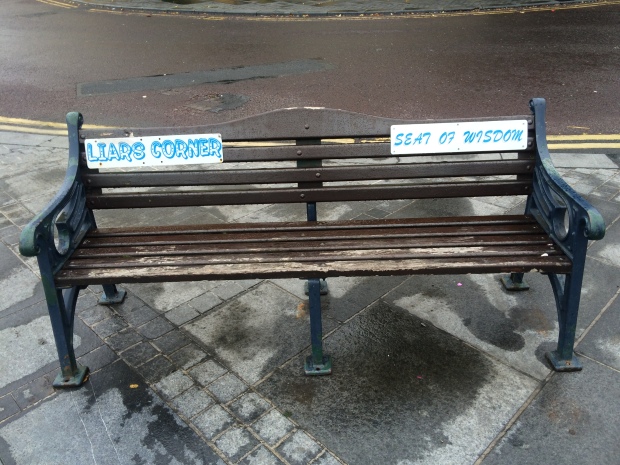