It’s bright and early here in London!  Writing this currently from the Starbucks at Gatwick.  As per usual, with travel anxeity and increasing lines at airports I got here early.  I flew back from Naples yesterday and spent the night at the hotel here at Gatwick.  I wish I could have gone into London for the day, it’s super easy to catch the Gatwick Express to Victoria Station and the the Tube to anywhere in the city… but no time.

Anyway, you’re used to the format now.  Here is the daily log from my third and final excavation for the summer. And apologies for lack of photos on this post, I’m writing off of my iPad on the WordPress app and I don’t know how to add photos.  If you want photos, there’s some on my Instagram.  (Right side of the blog) Also, there’s probably some spelling errors, because 1) I’m a terrible speller and 2) I’m typing on the app.

Day one of project.  Woke up at 2 this morning to catch flight to Naples.  Arrived at at 10.25 to Central Train Station.  Waited until 5 to be picked up and take to site house in Aeclanum, an hour outside of Naples.  Tomorrow will met at 8.10 for site tour and then begin class work!  Very exciting stuff.

Day One.  Lecture on Bioculture and Intro to Osteology.  Practicals included articulating a skeleton.  We did well and I learned hot to distinguish clavicals!  I ALWAYS mess it up.  Second practical was over defining terms and describing an image using anotomical terms.  I really enjoyed today.  We are working on site in Aeclanum, so as I am working I am able to look out at the site.  Aeclanum is a partially excavated city on the Appian Way which connected southern Italy to Rome during the hight of the Empire.  There is a Theatre, Bath Complex, and Forum on site.

The site continued into the Medieval period as we saw a Baptismal Font for a church and the nave of a church as well.  And!  There is a beautiful mosiac in the Bath Complex.

This morning we had a lecture over sexual dimorphism and then a practical where we cleaned skeletons.  It was very hot today.  Returned for lunch and then had a lecture about ‘Race’ and if it can be used for osteological analysis.  I’m really enjoying how the course is combining ethical questions with the science.   I also just really like talking about ethics.

Our practical today was over crania and identifying features to determine sex.

I stated late to finish the cranium I was cleaning from before lunch.  It was really interesting because not only was it a complete skulls but it had the first six cervical vertebrae still articulated!  Basically they lifted the entire head and neck during excavation.  This is common practice and how I excavated at Poulton as it avoids damanging the remains in the field.

The cranium belonged to a young female adolescent from the Roman period.  She had non-metirc traits which included a myopic suture.  A myopic suture is when your frontal bone does not fuse into one bone but remains two.  She was probably 16-18 based on dentition as her third molar had just emerged.

Can’t know for sure, but it’s pretty amazing to be cleaning the remains of a girl who may have come to Aeclanum for the Theatre or the Baths.   Makes you really think about how people moved.  Thinking about writing about stable isotopes and migration for my disseration…

Today we had a lecture over ageing.  And practicals using inominents and craniums to age.

In the afternoon we had a lecture over bone growth and then a practical over juvenials.  We had to articualte a juvenial skeleton which included having to deal with epiphysial plates… and then age them according to plate fusion.  Kids are born in pieces and our bones fuse as we age.

Our remains were from the Medieval period.  After arranging them we measured the long bones and compared them against ratios for age.  The ratios listed the remains as 9-10.  However, teeth which included the 3rd Molar in the vault but not yet erupted  and the proximal fusion of the plate on the right ulna put the age up to 14-16.  This is why multiple ageing techniques are important!

Today was all about teeth!  Really fun stuff today!  Lecture in the morning over tooth formation and tooth pathology.

This afternoon we had practicals on ageing based on teeth.  Did really well and was able to correctly age!  Did one adult 30-55 but probably closer to 30-40 and a child 6-8.  Was able to tell age based on wear patterns for adults and the eruption of teeth, or still rooted decidious teeth for the children.

Today was also really, really hot so we spent the last part of the day cleaning. (Side note: the heat wave currently in Southern Europe is called Lucifer.  It is literally hotter than Hell here.)   I really enjoy cleaning as it helps to cement the knowledge of things from the textbook.  I also learn through handleling objects so being able to work with bone is a huge help.

Tomorrow is pathology and trauma.

I am really enjoying working with the collections and getting a chance to test what I had learned at Uni on a very practial scale.  However, I am constantly reminded of the humanitiy of what I am studying.  That these were and are still, first and foremost, human beings.  It is a fantastic chance to glimspe into the past… but I must never attempt to make up their lives… I also cannot forget that they had them as well.  It’s the connectiveness and disconnectivness that is critical.  You have to sense the humanity but not allow that to create falsehoods about your study.

Friday, was pathology day with lectures and then a pracitcal analzing a full set of remains for pathology.

We judged the remains to be male with degenerative joint disease.  This had caused eburnation on the right side (the polishing of bone due to bone on bone contact in a joint.  It looked like the bone has been painted with clear nail polish.)  Friday afternoon we cleaned more bones.

Today was continued with pathology with a lecture in the morning.  Cleaning before lunch and then defining long bones and measuring for stature.

Over the weekend we went to Margarita Di Savovia for the beach, swimming, and the Adractic Coast.  I saw Crotia across the water.

Tuesday, No lecture in the morning, so to site for more cleaning.  We returned in the afternoon for a lecture on diet.

Wednesday, paleodiet lecture about nutrition and the adaptation of humans to farmning.  In the afternoond we had a debate over ethics and if human remains have ‘agency’ and also how/should we display human remains.

This morning we had presentations over an artical on diet.  Ours looked at 3-5c CE Roman Catacombs. The remains had enriched ratios of dN15 and and about standard rations of dC13.  This is indicative of a diet consisting of a large amount of fish and C3 plants.  (These sort of tests are run by doing stable isotope analysis on bones to see what their chemical signature is.)  Basing on the age of the reamins and the nature of the burial, it was concluded that these were early Christians… who as expected would be eating fish.

Today we have a report on our findings.  Ours was probably male (40-50 yrs).  Signs of DJD on the Lumbar vertebrae and eburnation on right distal end of femar (medial condyle).

Today was the last day.  I really enjoyed my time here.  We had a group dinner yesterday, and while I am sad to leaving I am excited to see my cat.

I am really thinking about pursuing Osteo-Arch as a masters/future career.  However, I also really enjoy working in Museums and engaging with the public to help teach people about history.  Maybe I’ll think of a way of combining working in a msueum with currating remains??

And that’s that.  My summer excavations are complete and while I am sad I am ready to sleep in a real bed for more than 3 nights!  Uni starts up in a month and along with it Third Year!  Haven’t gotten my courses yet, but if I played it right I won’t have any exams.  I explictly chose courses with 100% coursework.

I’m flying to Orlando to meet up with my parents.  They’ve told me that they also brought along my mutant sister.

Last thing I’ll say, after landing in London yesterday and checking the news. For fucks sake people.  Have we learned nothing from the past?  As an archaeologist, I’m also going to leave this here.  But, fucking hell, just be nice to people and treat each other with some goddamn respect.  I would say it’s childish, but that’s an insult to children who know better.

With the highest tolerance I can muster, 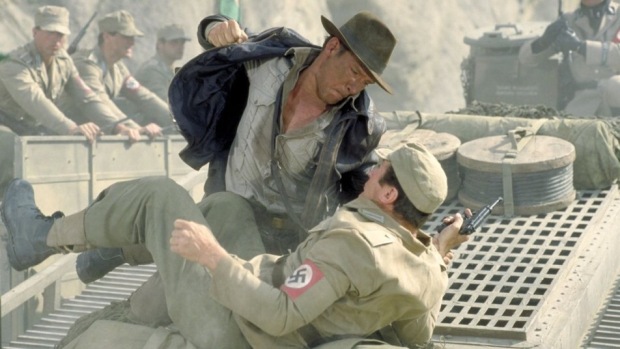 One thought on “an interview with a roman”

where do you like to read? pre-covid times i was a big fan of cafe reading. i just love the communal atmosphere of sitting in a coffee shop. i really can’t wait to experience it again soon. ⁣
🍂happy friday bookstagram!🍂⁣
10 days to halloween! do you have any spooky bookish plans? ⁣i love reading or re-reading spooky stories like DOWN COMES THE NIGHT. 💀🧡🍂